Seguro y Sano – Safe & Sound, a Not-for-Profit, 501C3 organization. Our mission is to promote, provide and support families and individuals with education, community resources and development strategies that demonstrate that healthy, safe families contribute to a stronger community. Our goal is to fund a 24-Hour Hotline and find shelter space for women who need to escape abuse.

Those of us who live in or visit San Carlos and Guaymas recognize it as a beautiful, peaceful place we can enjoy. But, for some, life can be a life and death struggle, especially women. This became evident recently when reports indicate a young woman killed at the Taqueria in San Carlos was an act of femicide. The incidence of violence against women has reached epidemic proportions in Mexico.  According to the U.N., nine women are killed every day in the country. More than 3,000 have been murdered since 2015, and of those, more than 300 were killed in 2019 alone. Since impunity for perpetrators is rampant, 82 percent of Mexican women say they routinely feel unsafe. Over 66 percent of them have endured violent incidents, including domestic or sexual violence.

This year in Guaymas a teenage girl was abducted, beaten, raped and dismembered because she broke up with her boyfriend. Another woman was kidnapped and found strangled in a hotel. The sad reality is that violence starts in the home where it is normalized.  When a young person witnesses physical or mental abuse, the children learn that violence is normal. Mexican women will say it is the “machismo” culture.

Unfortunately, there are few options for a woman who is being abused. In the Guaymas municipality; there are no Hotlines, and only 2 beds are available as shelter space. Women are afraid to tell their family or friends about the abuse. The cycle of abuse continues and escalates. Because the male controls the finances, she is unable to leave and has no place to go.  Along with the violence, the tension and fear increases, especially for the children involved. This becomes a generational problem unless intervention is available. 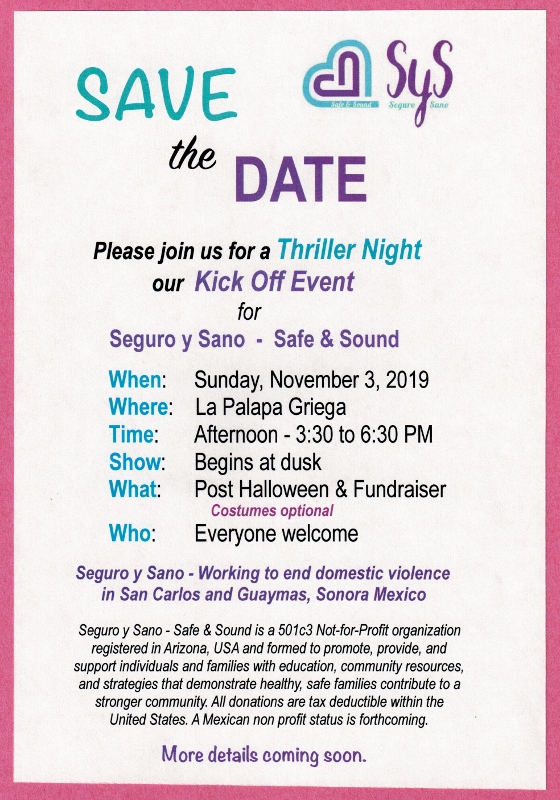